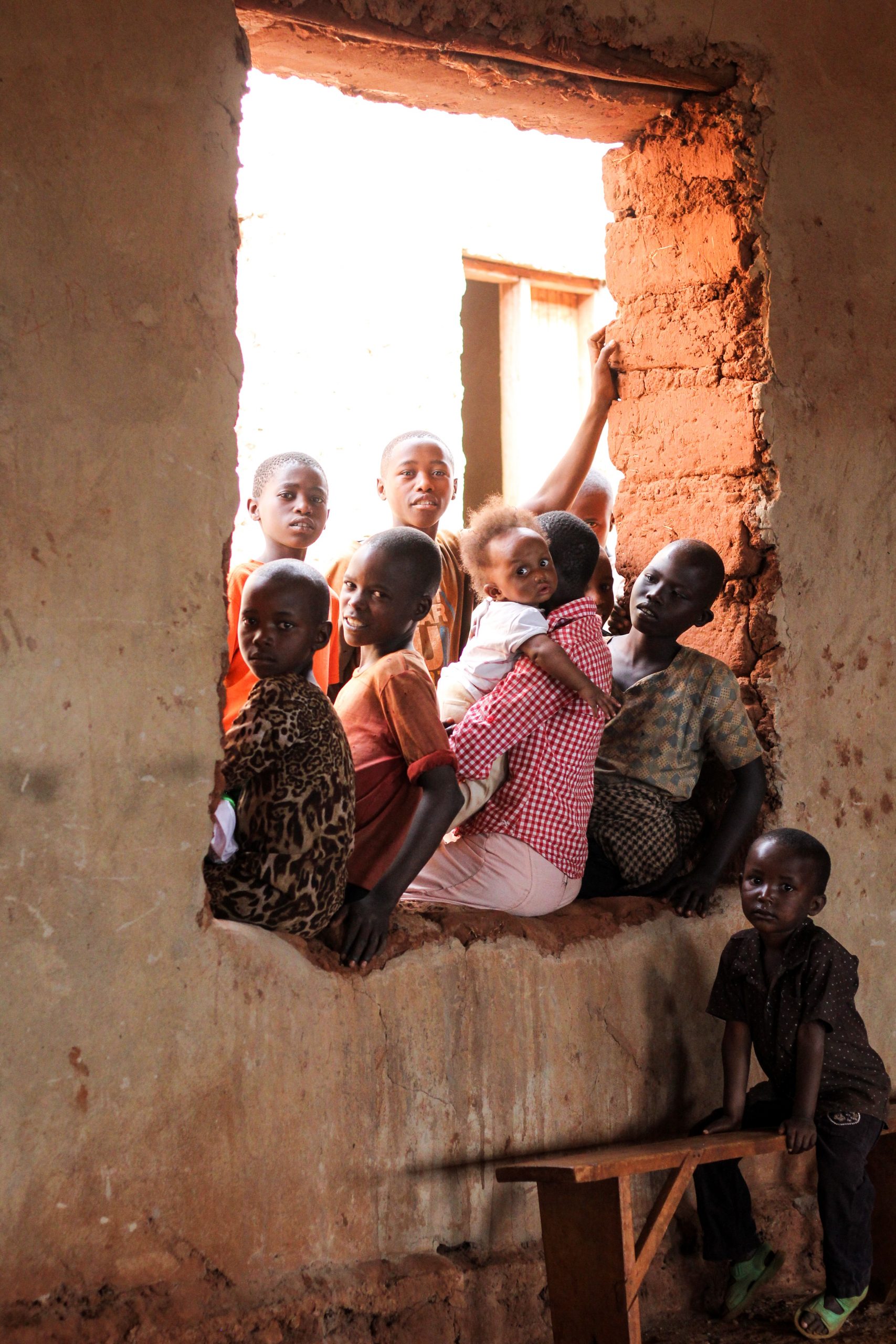 The effects of climate change, viral diseases like coronavirus, financial crises and rising debt are worsening humanitarian crises. These humanitarian trends will increase vulnerability in the years ahead, endangering millions more. The ten-humanitarian crisis and trends to follow in 2020 are explained below

The U.N considers Yemen as the largest humanitarian crisis in the world, with 14 million people at risk of hunger and repeated epidemics of deadly diseases such as cholera.

This situation is associated with civil conflict. The armed conflict in Yemen has killed and wounded thousands of Yemeni civilians. 6,772 civilians were killed as of November 2018 and 10,768 were injured, because of many airstrikes by Saudi Arabia’s coalition. According to OCHA “It is estimated that about 80% – 24 million people – of the population need to have some form of humanitarian or security assistance.

Efforts to solve this humanitarian crisis in 2020 have yet to translate into reductions in humanitarian concerns, which will require huge economic and infrastructure advancements, along with political change. If the conflict goes on into 2022, the U.N estimates 500,000 deaths, most of them due to indirect conflict effects such as weakening of the health system. The import restrictions imposed by the Saudi coalition have worsened the humanitarian situation.

The Democratic Republic of the Congo is in the hands of a decades-long humanitarian crisis, impacted by years of chronic civil strife, social unrest, and abandonment by its own leaders and the global community. 12.8 million Congolese needed emergency aid in December 2018. The DRC is also the location for an Ebola epidemic, in which more than 2,000 deaths are recorded since September 2019, and it is considered as a second-worst outbreak of Ebola in history. In more than 20 years, the population of Congo has not witnessed peace. Unfortunately, the humanitarian crisis in the DRC is also one of the most undefined and neglected humanitarian crises in the world.

Continued military action, political unrest, and the spread of Ebola could initiate a significant deterioration of the 2020 crisis. The humanitarian crisis will become even more severe if the infection spreads to an active conflict zone or a large city.

More people have been forcibly displaced than any other country in the past eight years due to extreme fight in Syria. At least 13 million, more than half of the country’s population, remain displaced, missing or in need of assistance outside Syria. Most Syrian refugees in the region (more than 80 percent) live outside assigned refugee camps, adding up to the already helpless facilities such as healthcare and education. Moreover, the executive order restricting Syrian refugees from immigrating to the United States immediately threatens the lives of these refugees.

A violent government crackdown on public demonstrations to support teenage groups detained by anti-government graffiti in the southern town of Daraa in March 2011 is the consequence of the Syrian humanitarian crisis. More than 100,000 people in less than a mid-week February 2020 had fled. The risk of further escalation and subsequent displacement in 2020 will remain the same.

Afghanistan is now the situation of the horrific violence in the region. The battle continues to spread, exposing innocent people, particularly women and children, to nonstop terrifying risks, creating widespread displacement and strangling the country’s unsustainable system. Years of pain have left an intensely vulnerable population with few financial resources. Poverty and hunger remain at harmful levels with 14.28 million people estimated to be in crisis or urgent food insecurity in the first months of 2020. Afghanistan has landmines and other (new and old) explosive threats exposing people to everyday dangers.

Long uncertainty and elections in 2019 spell trouble for the recovery of the country from years of fighting and destabilization. All sides may help to enhance their negotiating strategy by increasing military operations, which could increase civilian deaths and humanitarian needs. Half a million people are estimated to be dispersed by 2020.

Sudan has been in the middle of a humanitarian crisis since the deposition of long-standing ruler Omar al-Bashir. The armed forces and pro-democracy actions have been locked in a struggle for power that has resulted in mass protests and mass killings. The military forces used extreme force to elevate the status of the military leaders. In that worst case, numerous people have been killed-and some had their bodies dumped into the Nile River-in a ban of protesters in the capital, Khartoum.

Since the conflict started, over 4 million people have fled their homes and 2.1 million have taken refuge in surrounding countries. Nearly 200,000 people live in six UN civil protection sites across the country. Mass migration will continue in 2020, driven by climate variation, localized insecurity, and border controls. Acute malnutrition will proceed, and Infectious diseases like Ebola will continue to weaken the Well-being of poor people.

The 10 years of violent conflict in north-eastern Nigeria has led to the worst humanitarian crisis. The violence and military operations of Boko Haram continue to affect millions of people across the region, and some 8.5 million people in the states of Adamawa, Borno, and Yobe are in urgent need of aid. Even before the conflict started, the six states in north-eastern Nigeria were falling behind the rest of the state in terms of socio-economic growth. But the dispute that took place in 2009 complicated the problem.

Food security is of concern in 2020 as prominent levels of poverty, forced migration, and movement restrictions in 2019 caused families to skip entire planting seasons. Humanitarian access is still a problem. Four Local Government Zones are unreachable to aid groups and the number of people out of access has risen by 31 percent.

For eight years, Mali has been the scene of continuous conflict and displacement, with violence broadening up in the exclusionary North in January 2012, as rebels took over nearly one-third of the region. The Report supported that there is no purely military solution to the crisis of the country. While the international humanitarian aid must be strengthened, the citizens of Mali are also needing a government that is willing and able to meet its people’s requirements and address the grievances caused by the conflict while in the process. A negotiated settlement has been signed in 2015 between the complex webs of warring parties which is unable to take control.

Critical malnutrition is ongoing in Mali that could significantly effect on an already severe food shortage an estimated 1,117,000 people will be affected by malnutrition between June and August 2020, based on the report conducted in November 2019. This situation of Mali is reported as one of the major humanitarian crises or trends followed up by 2020.

Iraq continues to be one of the biggest and most volatile humanitarian crises in the world. More than three million Iraqis have been displaced within the space of 18 months by armed conflict eruption in Iraq in January 2014 and subsequent massive territorial seizures from an Islamist militant group, the so-called Islamic State. Of the six million displaced during the 2014–2017 ISIL dispute, 1.5 million people have been displaced, 70 percent of which are displaced by Islamist groups. These numbers will persist by 2020 without society resolution, massive restoration, and wide ranging-bodied economic revitalization – all of which are outside of the humanitarian domain.

Apart from these problems, widespread poverty places added pressure on the population in the host community and often leads to adverse strategies like early child marriage and child labor. A total of 60% of poor people have insufficient income to meet their basic needs, and 2.4 million people are vulnerable to food insecurity.

Since about the uprising that overthrew the democratically elected of Muammar Al-Qadhafi in 2011, political unrest and the spread of armed groups have characterized Libya. The UN estimates that 6.1 million Syrian people will remain displaced. One year since the release of the military offensive in Tripoli, Libya, the fight has been worsening with COVID-19, which is adding new risks.

The current conflict has a serious effect on the country’s healthcare services and medical facilities, which have reduced economic resources and are facing supply problems of basic supplies and medications. Many hospitals or health centers situated in conflict-prone areas have also been destroyed or shuttered.

Humanitarian access is likely to vary throughout the country in 2020 and continues to be affected by several factors, such as hostilities, immense contamination by explosive remains of war, administrative regulations, and limitations on staff activities.

Unlike other humanitarian crises, the one in Venezuela is not the result of conventional military conflict. It was formed by those who are in authority. Due to political unrest, issues like starvation, inflation, food insecurity, and crime rates have been raised. More than 3.4 million refugees have left the country since 2014. In a hundred years; it has been described as the largest migration in Latin America.

The Food and Agriculture Organization of the United Nations predicts that the malnourishment rate has tripled since 2012. United Nations assumed that the lives of 300,000 people are at risk due to a lack of access to medical services and life-saving medicines. This has resulted in one of the worst humanitarian crises this hemisphere has ever seen. The main drivers of the humanitarian crisis are likely to continue in 2020.

A large segment of the population will face poverty and hunger in the coming months. If the situation does not improve, large-scale population movements within and outside the country are likely to continue. The number of migrants and refugees is expected to increase by 2020.