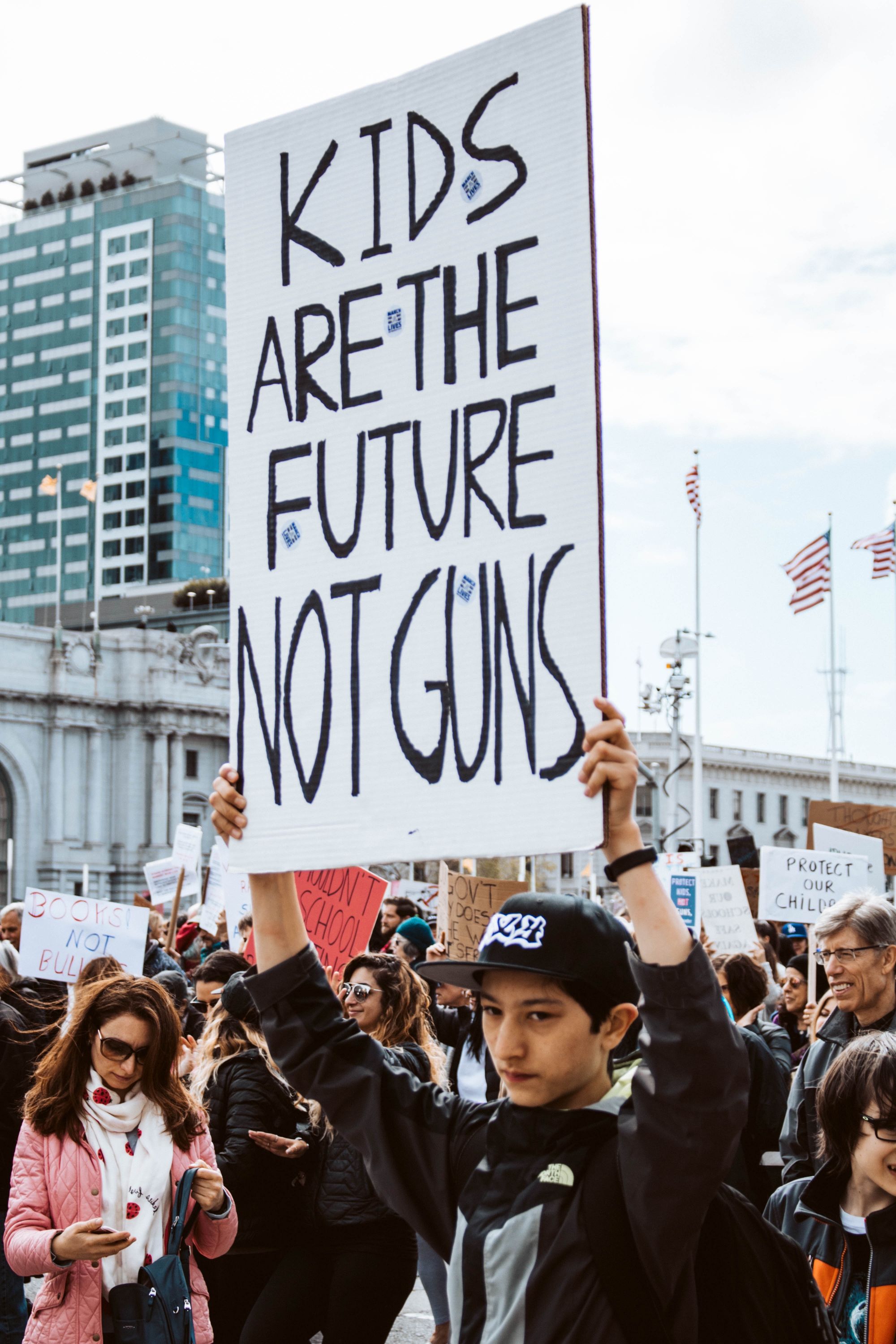 We Must End Gun Violence

Gun violence is arguably the most divisive topic on the American political space. We cannot afford to shy away from the conversation. On average, America loses 96 citizens to guns every day. This statistic is appalling, to say the least. It is even more shocking when one considers the fact that other developed countries boast much lower figures. A 2016 study showed that just being an American increases your chances of dying from a gun homicide by 2500% (in comparison with other wealthy nations). The figure would probably be higher now.

In recent times, we’ve had Columbine, Las Vegas, Virginia Tech, and Sandy Hook to mention a few. The responses to all these shootings have been widely similar. The policy makers console the bereaved, sending their thoughts and prayers, the concerned citizens call for new gun laws and some other concerned citizens debate why we need new gun laws. Still, nothing changes. And we keep going round in circles until the next shooting.

How big is the problem?

The average American has a constitutional right to bear arms. Researchers from Harvard University report that there are more than 260 million privately owned guns in the country.  In a country of 325 million people (with xxx people below 18), that’s an average of 1 gun per person. The simple fact is that there are already too many guns in the country and this makes it difficult to find a solution. Perhaps, it’s high time we faced the fact that guns aren’t going away. Even if they are, it can’t happen anytime soon. Do we then keep watching these senseless shootings happen while we wait?

Below are five practical steps that could help us find a lasting solution to this menace.

Replicate the success with RTA’s

While deaths via gun homicides are on the increase, deaths via motor-vehicle accidents are on a decline. In 1975, there were about 33.5 deaths for every 1 billion miles traveled. Fast forward to 2016 and the number of deaths has reduced to 11.8. It’s true that safer cars and better roads have contributed greatly to this success but the role of more stringent driving restrictions cannot be overlooked. As opined by David Hemenway, director of the Injury Control Research Center at the Harvard T.H. Chan School of Public Health, owning a gun in many states in America is currently much easier than obtaining a driver’s’ license.

Sensible gun laws should focus on raising the age restrictions but ensuring licensing and training for anyone who wishes to own a firearm. As published in the Journal of Urban Health in 2014, the repeal of the law that mandates gun-owners in Missouri to obtain a permit before purchasing led to a 25% increase in the rate of firearms homicide. One can only wonder why we are still lax about the laws.

Focus on the seemingly small things

There is no kind of gun violence that should be ignored. However, it appears we currently pay more attention to the mass shootings that make the news. These mass shootings account for less than 5 of the 96 people that die every day from gun homicides. It’s easy to see that the problem is not restricted to military-grade rifles finding their way into the hands of civilians. The seemingly small rifles do much more damage. Laws like restriction on multiple purchases and strong background checks for anyone willing to bear firearms have been shown to significantly reduce gun homicides. Other laws such as extreme-protection orders have also proven useful in reducing gun homicides. The extreme-protection order allows law enforcement or family members to petition for a temporary withdrawal of arms from anyone who is perceived to be a gun crime risk.

The more we talk about guns, gun laws, and safety, the faster we can find a solution to this menace. States like Minnesota and Montana still restrict medical personnel from talking about guns with their patients. This is against the recommendation by the Academy of Paediatrics that their members should ask families about guns in the home when children turn 3 years old. This is a stage where they become curious about the objects in the home and could be strong enough to shoot a gun. Healthy conversations should be encouraged because it can enhance the safety of the children and everyone else in the home. These talks do not have to be judgemental. Rather, they should focus on trying to solve the problem.

How about removing the immunity for gun manufacturers?

It’s hard to imagine a consumer product causing a tenth of the number of deaths guns have caused. The company would be down and under by now. The gun industry enjoys far too much immunity. The Protection of Lawful Commerce in Arms Act passed in 2005 effectively shields gun manufacturers and sellers from any kind of lawsuit. While it’s true that frivolous lawsuits do not benefit anyone, we should start thinking about holding gun manufacturers liable for their products. Perhaps, they’ll pay more attention to creating safer products.

There’s been a lot of discussions about smart gun technology. But like virtually every other gun law-related topic, there seems to be too much debate and too little action. While smart guns may not prevent mass shootings or killings by people who legally purchased their firearms, they could prove very useful in preventing suicides and unintentional killings. On average, about 500 people die yearly due to unintentional shootings. If we could reduce this number from the already embarrassing death toll, it’ll be a good step forward.

It’s high time we stopped debating and started acting. Guns have already done enough damage and no matter how we spin it, our gun laws are far too accommodating. Although tougher gun laws would not automatically bring an end to gun violence, it’ll be a bold step in the right direction.